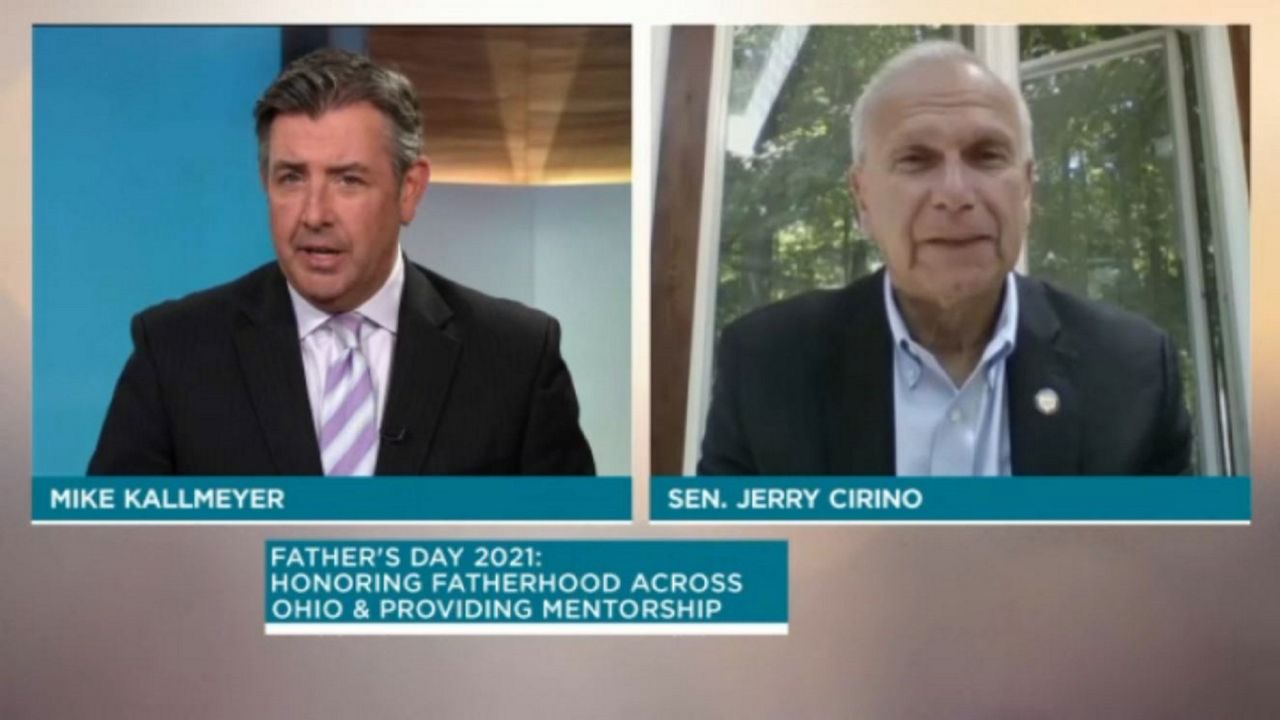 Mike visits with Sen. Jerry Cirino, a Kirtland Republican, to talk about work done by the Ohio Commission on Fatherhood.

"When I got the letter appointing me to the [Ohio] Fatherhood Commission, I asked the Senate President, 'how many nanoseconds did you have to think about who to put from the Senate, since I have nine kids and 34 grandchildren?'” Cirino said. “He got a chuckle out of that. But I'm actually very pleased to do it because fatherhood is so important. Most parents understand that."​