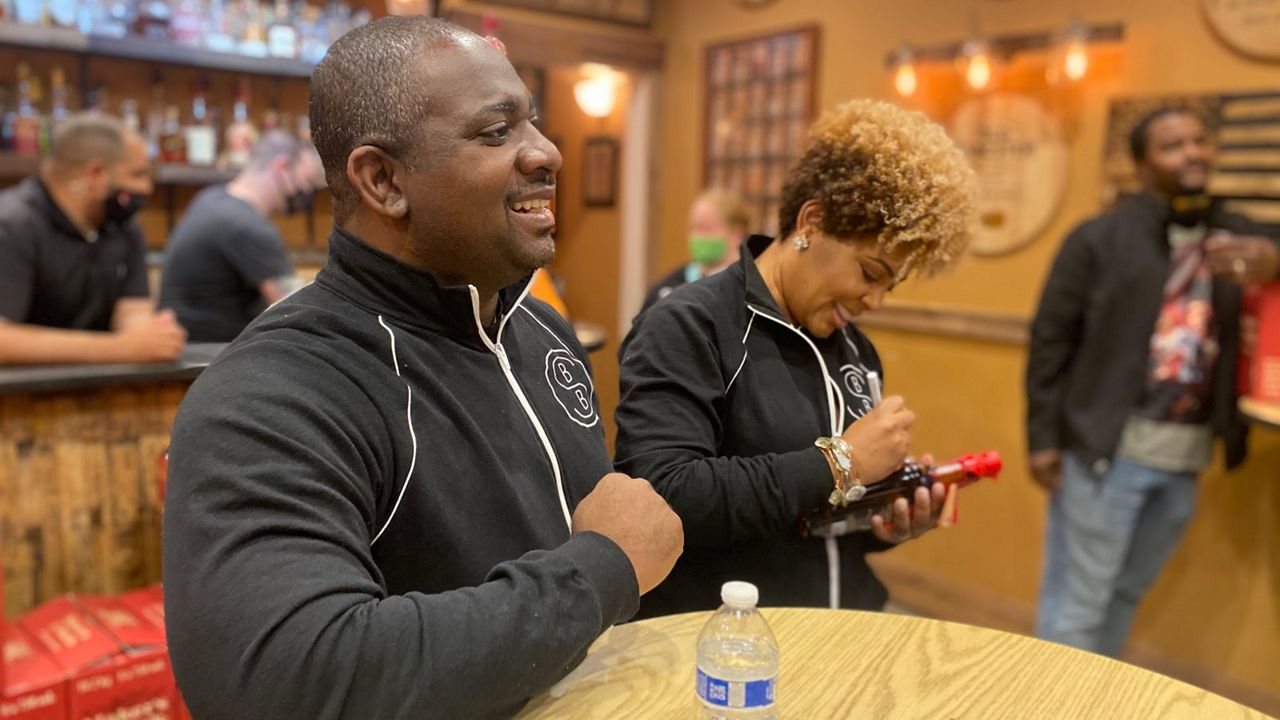 KENTUCKY — The organization Black Bourbon Society (BBS) is celebrating five years of bridging the gap between bourbon marketing and Black communities across the country, and the first stop to drink to their accomplishments was Louisville.

Samara and Armond of Los Angeles started BBS in 2016 after noticing the lack of direct consumer marketing from the spirits industry directed toward the Black community.

“That was really the hole that we decided to fill with BBS. We really wanted to show the value in catering and to marketing towards diverse audiences,” Samara said.

The couple produced events like happy hours and tastings in California to show brands what diverse consumers look like. One year later, they created a Facebook group that now has more than 22,000 members from all over the country.

“It’s just been the biggest blessing to know that we’ve got family. We’ve got 22,000 members who we can go to any city and have a dram with and know that we are going to bond and connect and have a good time,” Samara said.

In the group, members discuss everything bourbon and whiskey-related, social and political issues, and they even participate in virtual programming and educational opportunities.

"That’s been one of the most rewarding parts, especially during the pandemic. The virtual programming that we were doing was really a way for people to connect with other people while they were isolated in their homes,” Armond said.

BBS kicked off its fifth-anniversary celebration with members in Louisville last month with dinners, a tour and a bottle signing of their second Maker’s Mark Private Selection blend.

“The first one, it won a double gold medal at the San Francisco International spirits competition, and so it was a tough act to follow, but I think that we did a good job this time,” Armond said.

BBS is now expanding into the workforce with its new initiative and nonprofit Diversity Distilled.

“We are focused on three pillars which is recruitment, retention and promotion of diverse talent within the organizations, hoping that we change the corporate culture and that then expands back outwards towards its consumers,” Samara said.

Louisville was the first stop in BBS’s summer series. Next up, they will head to Tampa, Atlanta and New York. You can find the group on Instagram and Facebook @BlackBourbonSociety.

Multi-media Journalist Ashley N. Brown shares this story during this segment of In Focus Kentucky.