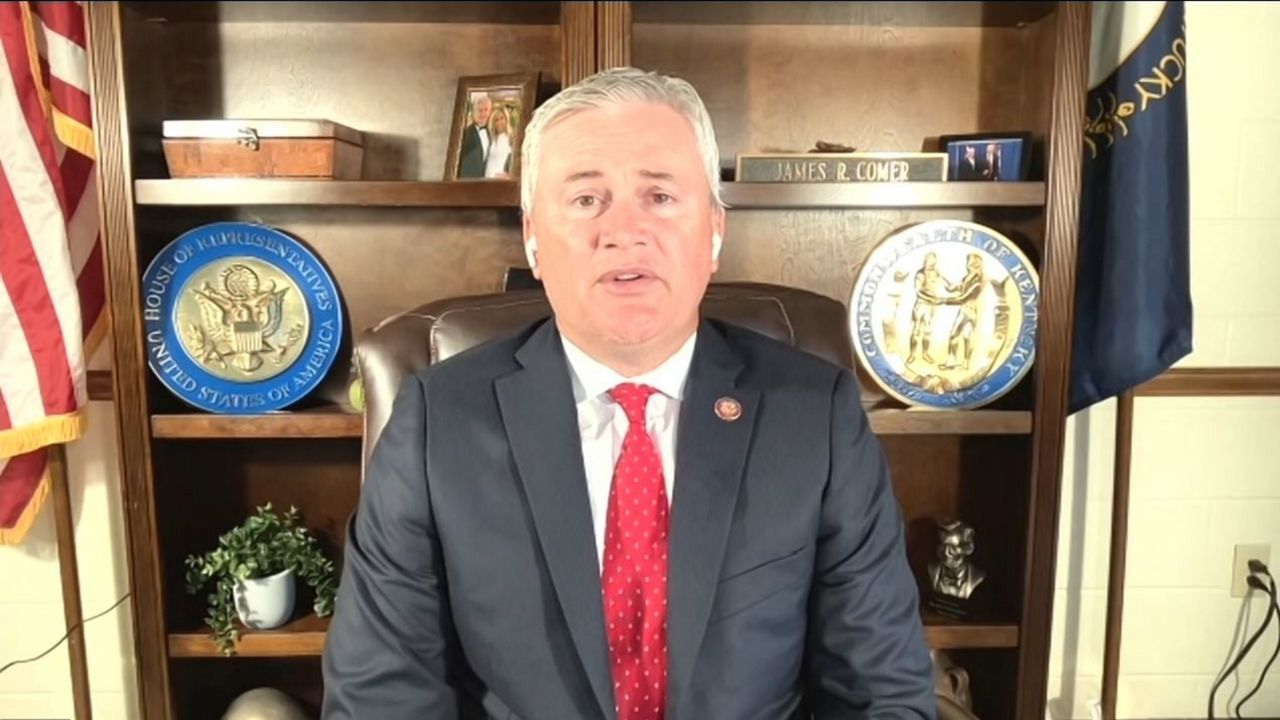 In Focus: James Comer previews Fancy Farm 2021 and discusses interest in pursuing a run for Governor in 2023

KENTUCKY — The first Saturday in August, is considered by some as the official kickoff to the political season in Kentucky. It's also often referred to as the "Super Bowl of Kentucky politics."

Fancy Farm is known for its BBQ, mutton and plenty of politics and is hosted every year in Graves County.

"It's a tradition like none other. Very proud to host this every year in my district. Before COVID last year which canceled it, it was the longest non stop political speaking in America. It's been over 100 years and we're cranking it back up this year. If people have never been to Fancy Farm I strongly encourage them to make the voyage to West Kentucky the first Saturday in August and listen to the leaders of Kentucky debate, and get a good taste of West Kentucky hospitality and Western Kentucky barbecue. It's just a really must attend event for any aspiring political leader in Kentucky, the media comes there and it's just a great way, in my opinion to showcase Western Kentucky," explains U.S. Rep. James Comer (R-Ky.).

Also during this In Focus Kentucky segment, Congressman Comer responds to speculation about a potential bid to run for Governor of Kentucky in 2023. Comer shares that he is not interested "at this time" in launching a campaign to enter the Republican Gubernatorial primary to challenge incumbent Gov. Andy Beshear (D).

"Well, right now I'm focused on running for reelection for the U.S. House. I'm in a pretty good position as I stated earlier, I leapfrogged about 200 people in Congress in seniority by becoming the ranking member of what I think is the most high profile committee in Washington. And if we flip the House which I think we have a very good chance of, I'll be Chairman of the House Oversight Committee. The last Republican chairman of the House Oversight Committee was Trey Gowdy, so it's a pretty well thought out position that I love. I want to hold the bad guys accountable, I want to make government more efficient, I want to root out waste, fraud, abuse, and mismanagement. That's kind of what my background in Kentucky was when I was in Frankfort for 15 years, so I think that right now I'm in a pretty good spot in Washington. Hopefully the people will reelect me and hopefully we'll flip the house and the Republicans will become the majority so I can become chairman of the House Oversight," sayss Comer.