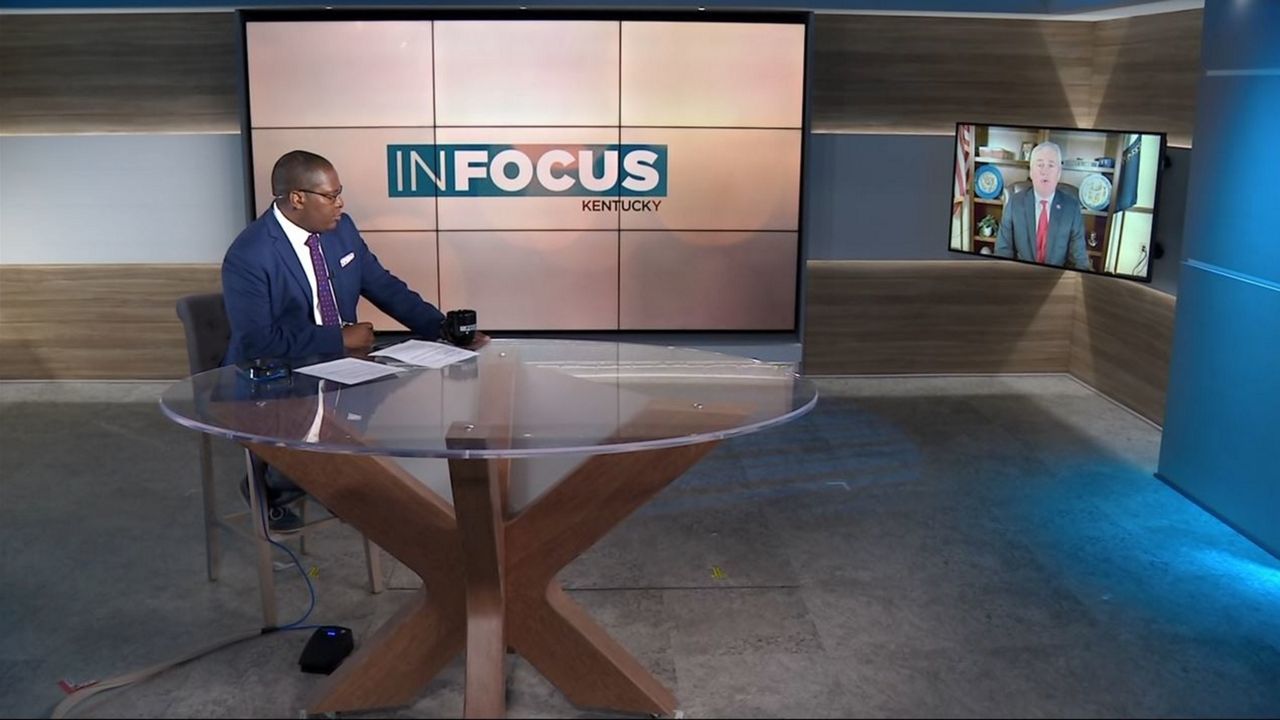 Comer currently serves as the Ranking Member on the House Oversight Committee in Washington, D.C.

As an alternative, Gov. Beshear is offering a $1,500 dollar return-to-work bonus for unemployment filers in an effort to get more people back into the workforce.

“All along, I’ve said we’re not going to make our decisions red or blue, Democrat or Republican, but based on sound economic principles,” Beshear said.

$22.5 million has been set aside for the first 15,000 who qualify, and they have to get a job in Kentucky by July 30. More information on who qualifies can be found here: teamkybacktowork.ky.gov

Beshear said he may end the extra unemployment benefit down the line — but people still need the money.

Congressman Comer refers to the plan from the Governor as excessive spending.

"Well from a health standpoint, you know he's tried to do his best, but from a business and economic standpoint, I think it's been a disaster. I think that, you look at states like Florida, South Dakota, Texas Tennessee they handled it right, they were mindful that COVID-19 was serious. They encouraged people to wear masks and to use hand sanitizer and the social distance, but they didn't go to the great lengths to restrain the private sector like Andy Beshear did. I think his regulations were excessive I think they were burdensome and I think they harmed our economy. Now we've got a situation where the federal government led by the Democrat Majority continues to extend expand unemployment, they continue to enhance unemployment. They're essentially paying people not to work. And what we're seeing in a lot of good conservative Governors in America are saying, we're not going to take that expanded unemployment. We've got a shortage of workers, and we're going to get people back to work for, we're not going to incentivize people to stay at home and draw a check, but Andy Beshear is continuing to, you know, live off those government programs that are paying people not to work," adds Comer.