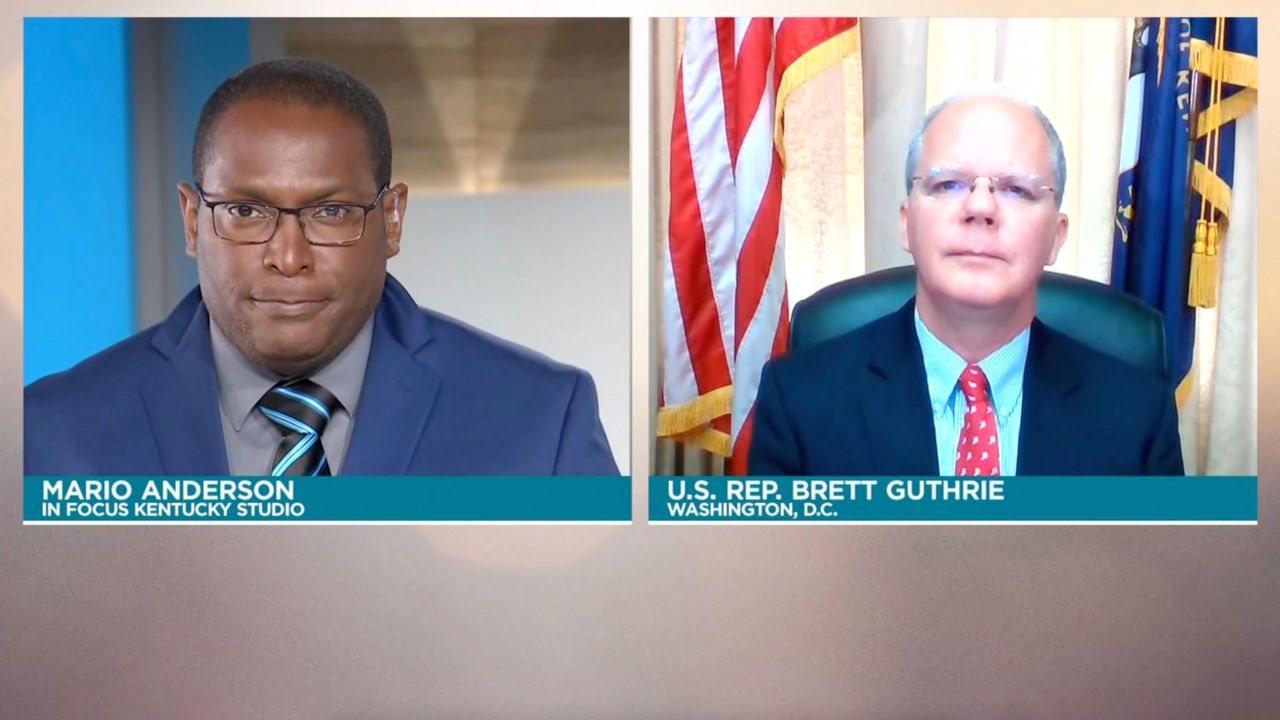 The district is in West Central Kentucky and includes Bowling Green, Owensboro, Elizabethtown, Fort Knox, among others.

Since he’s been in Washington, Guthrie has been very outspoken on several issues and legislation, including advocating for personal freedoms, health care, energy independence.

During this In Focus Kentucky segment, congressional representative Guthrie responds to the Uvalde, Texas elementary school shooting that took the lives of 19 kids and 2 teachers.

“We really need to figure out exactly what happened and move forward. But we need to make it almost impossible for people to get into schools unless they’re supposed to be in the school and, you know, I think Kentucky does a good job...And absolutely, you need a record of everybody coming in. But we need to see we’ve heard different things and we just didn’t see how many get in the school and that’s one of the things that I’ve now worked on is school safety. I was on the education Labor Committee. We had a bipartisan school safety bill to help with resource officers deciding each, school some schools they needed to get metal detectors in the school for their own students, unfortunately, and so we allowed it a lot to the local communities to make those decisions, but have the federal resources to make sure every community had the resources to do so,” explains Rep. Guthrie.

Abbott laboratories facility was forced to close in February after a bacterial contamination was found in the company’s formula products. Several babies were sickened and two died after consuming formula made at the plant.

The closure intensified ongoing supply shortages of baby formula in Kentucky and beyond. To help ease the scarcity, the Biden administration has been importing formula from across the Globe in recent weeks.

“I guess the question is how did we get to where we are and after we get to where we are and it was just as unfortunate where we are. You would think in the United States of America you wouldn’t have parents concerned about getting baby formula for their children. And I will tell you, there were a tariff put on baby formula for to protect some of our dairy industry. And we have to understand that we need free and fair trade. We need to make sure that trade is fair and people aren’t taking advantage of us. But when you do but tariffs and that means you lock into a domestic industry. And the second part you have to it is that you have negotiated prices for government negotiated prices. And there’s a movement to do that here with pharmaceuticals. We just did a bill like that with insulin. And my biggest concern with negotiated prices from the government is you end up with shortages. And so nearly two thirds of all baby formula, purchased by the government through the WIC program that help people, we should. But when you have those negotiated prices it slowly lowers the profit margin,” explains Rep. Guthrie.